UC Berkeley Class of 2015. As a former veterinary student, I put down the stethoscope to pick up the pen. I am a life-logger obsessed with gastronomy and travel, and have been a news and journalism fanatic for years. Also a huge fan of all things pop culture and urban development.

Musings of a traveling food enthusiast, and his love for slice-of-life observations 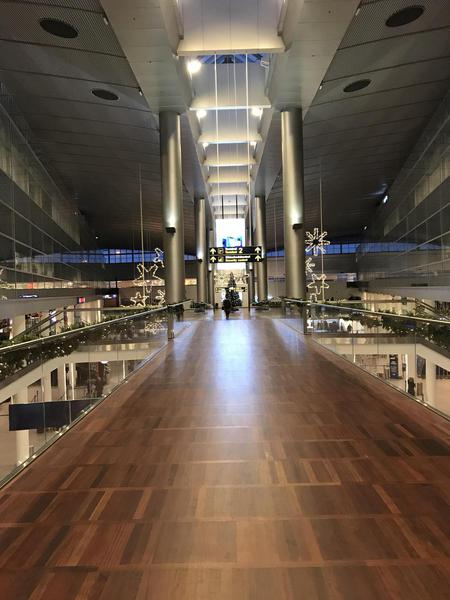 Chapter 1: The Coc and the Dog 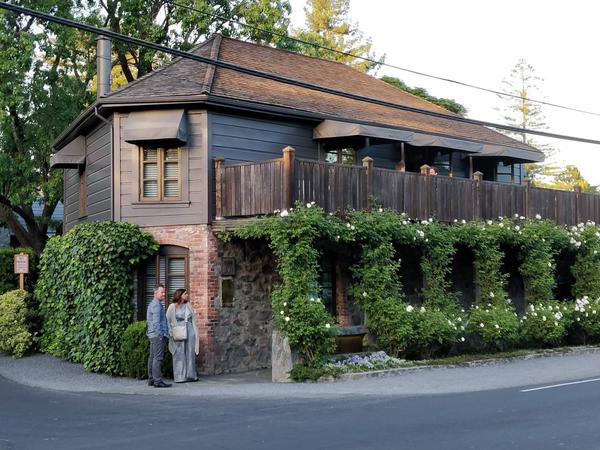 Once heralded as the pinnacle of the culinary world, the restaurant’s many fine details – each corner, crevice, and stone – seemed to serve as a subtle reminder that the aged titan of the industry still had a story to tell. 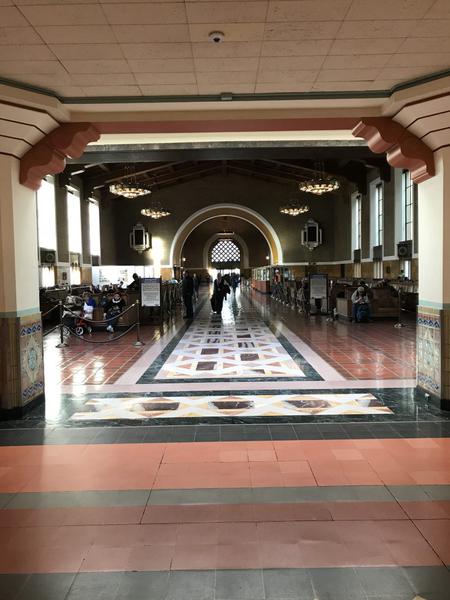 The Abyss of the Coast Starlight

Nobody takes the train for convenience in the US, not with the dilapidated state of its vehicles, the government’s iron-grip control of the tracks, and the logistical and financial nightmare of building new railroads. It takes 10 times the numbers of hours it would take by plane, and costs almost the same as a round-trip ticket. No, Americans take the Amtrak for the experience. 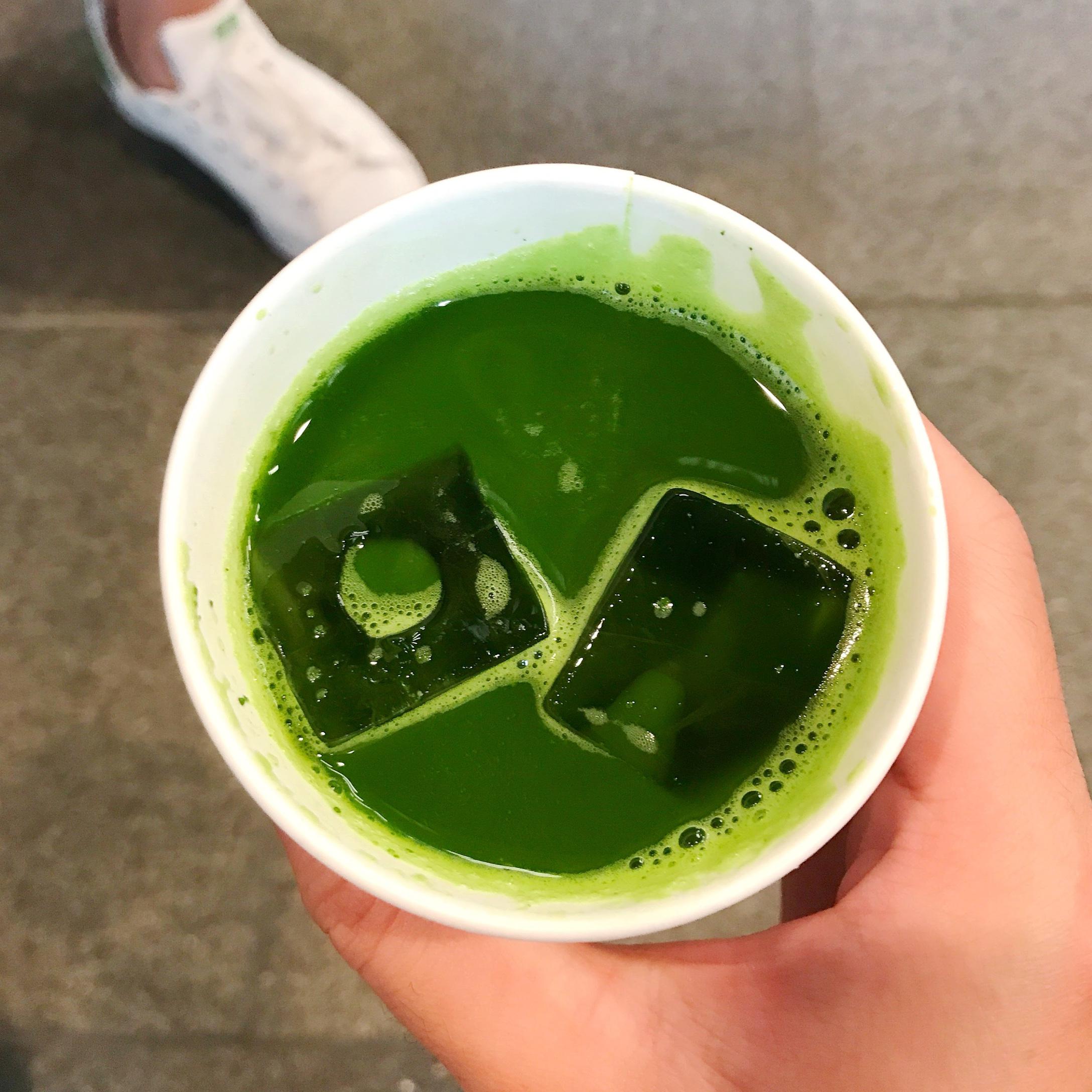 The seemingly half-assed attempt to capitalize on a health food trend is disingenuous to such a cultural treasure, a dilution of the storied and historical background of such a renowned drink and its complexities –both in taste and production.

The Forgotten Cousin of the San Gabriel Valley

Contrasted with the grandiose and bombastic changes sweeping through its mall counterparts in nearby cities, the empty, outdated stores dotting its almost anemic interior does nothing to inspire confidence in its ability to operate as an economic hotspot. Yet it persists with an almost quiet dignity, kept afloat by the slowly stagnating lifeline of the box office. 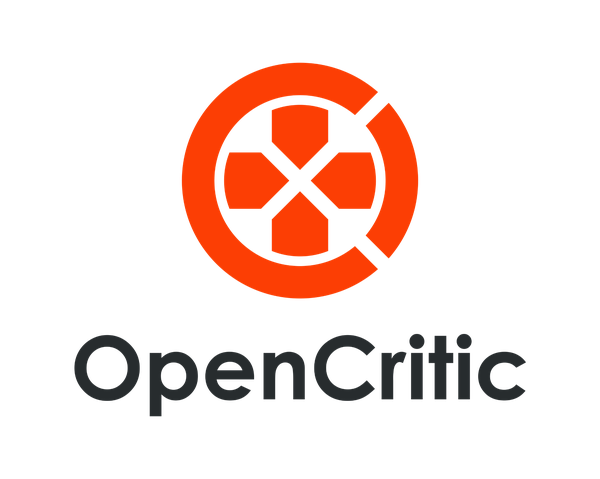 Lootbox mechanics in modern games have been a contentious topic for the gaming industry in recent years, as major publishers intent on revenue consistently clash with regulatory bodies of governments that are now concerned over the addictive qualities of these elements. 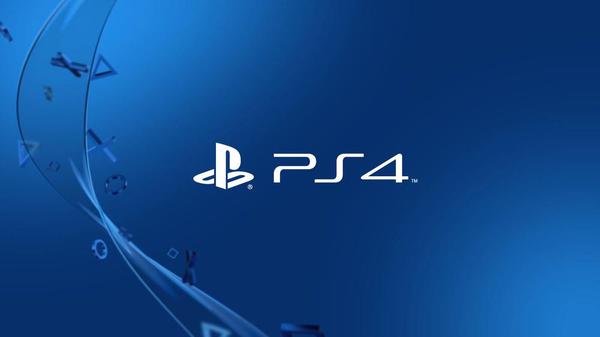 Sony has seen tremendous success in its flagship console in recent years, consistently releasing high-quality, first-party titles and sweeping both the award scene and the revenue charts. However, it seems as if the aging titan of the industry isn’t doing enough for its parent company. 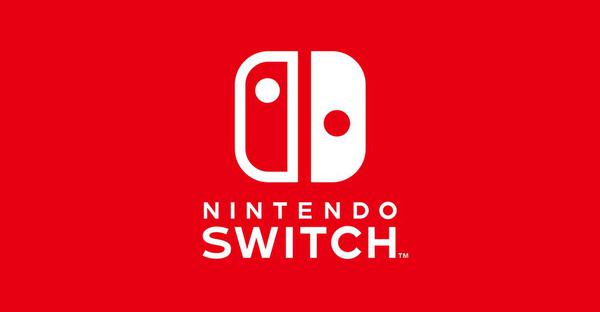 Following the Wall Street Journal article a while back on a possible “Lite” version of the Nintendo Switch, a recent report by Japanese publication Nikkei seems to have confirmed the same news. 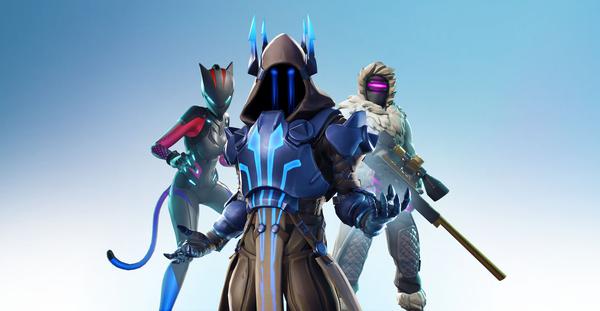 Another fruitful year in gaming has passed, and SuperData has released one of the more telling retrospective reports on the market in this time period. 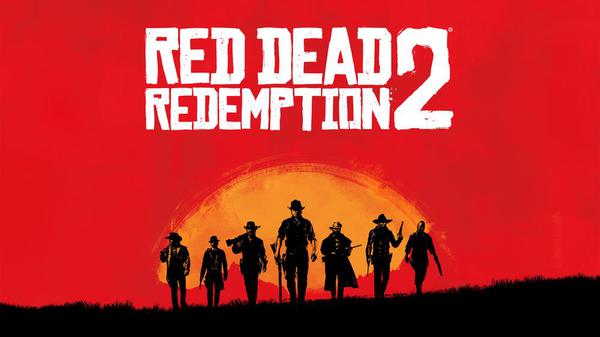 Amidst The Red Dead Redemption 2 Mania, Independent Stores Are Getting Delayed Copies

News, both good and bad, is sweeping through the gaming community as Rockstar is gearing up for perhaps the biggest video game launch since the Nintendo Switch back in early 2017. 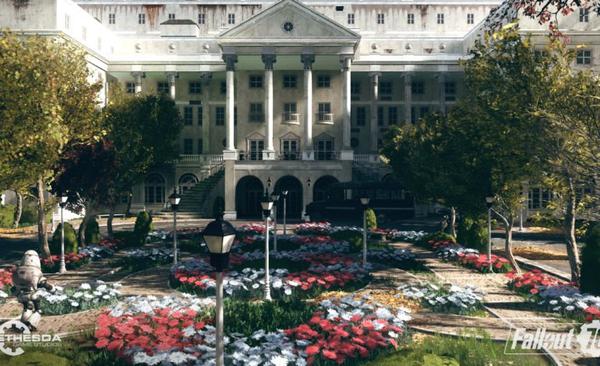 In a rare and frankly surprising move, Bethesda has gone out of the box to market its biggest game of the year: Fallout 76. 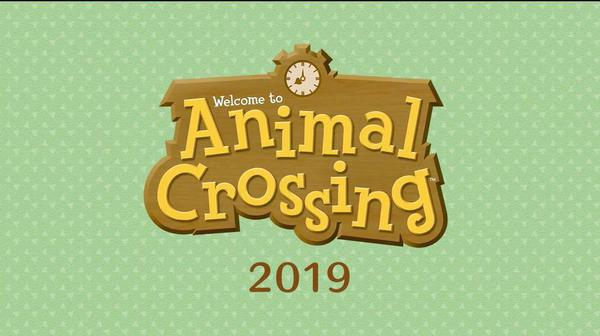 Since the announcement and release of the Switch, fans had almost unanimously clamored for one game’s return to a major Nintendo console: Animal Crossing. 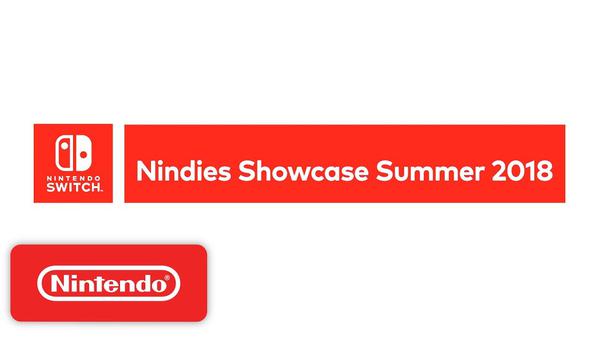 Nintendo Announces Indie Game Lineup For 2018 and Beyond

The seasonal Nindie Direct has arrived, and while there weren’t any shocking announcements, the solid lineup revealed still points to one of the Nintendo Switch’s key strengths as an indie game powerhouse. 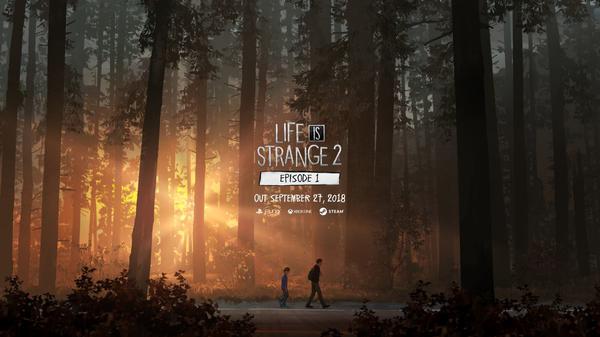 Two teaser trailers and what seems like a lifetime of speculations and theories later, Life is Strange 2 is finally unveiled with full details of its characters and story. 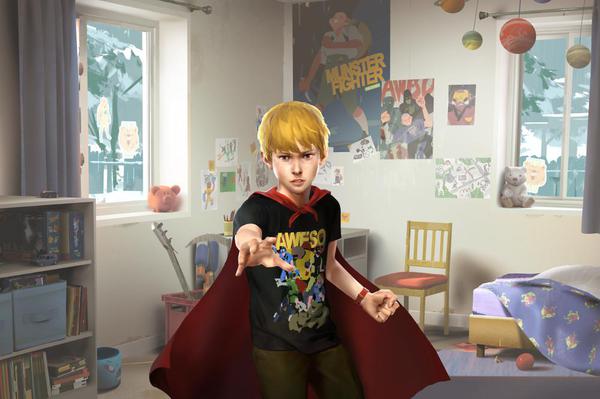 [Spoiler Warning: This post contains massive spoilers for both Captain Spirit and Life is Strange.] With two months left to go until the release date of Episode 1, the much beloved Life is Strange series recently dropped a second teaser trailer for its sequel, one that has some shocking implications. 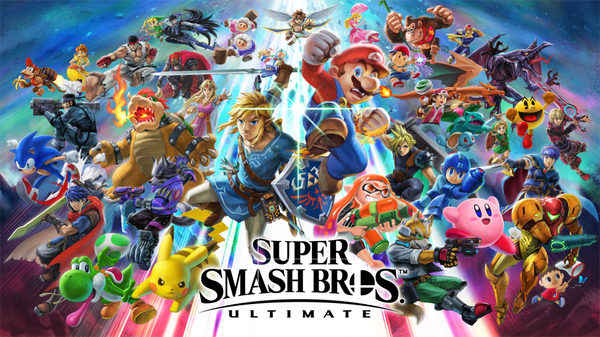 Super Smash Bros. fans, rejoice! The hype train until December is still going strong. During this past weekend, fighting game fans everywhere gathered at the annual EVO tournament to celebrate the world’s best brawlers and surprise announcements. Nintendo, as usual, certainly knew how to make a spectacle. 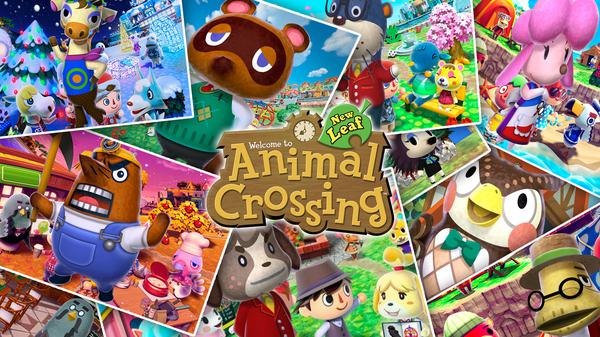 The latest news out of Kyoto is another blunder in a string of bad news for Animal Crossing lovers everywhere. Isao Moro, one of the co-directors of Animal Crossing New Leaf, has announced his resignation from Nintendo for unknown reasons. 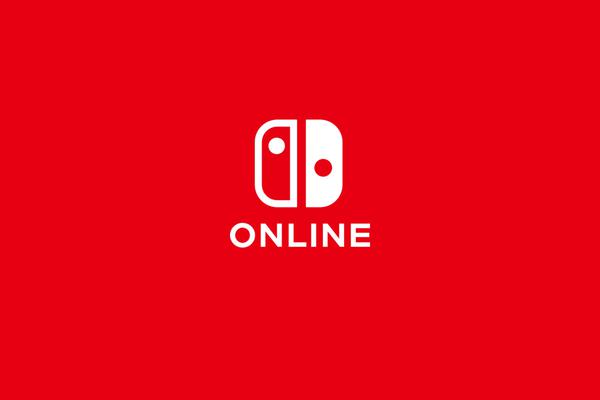 Nintendo is finally ready to step into the current generation alongside its Playstation and Xbox rivals. Announced back in May, its new online service will supposedly be released some time this September. Consequently, retail giant Amazon has opened up pre-orders for two of the previously revealed subscription plans. 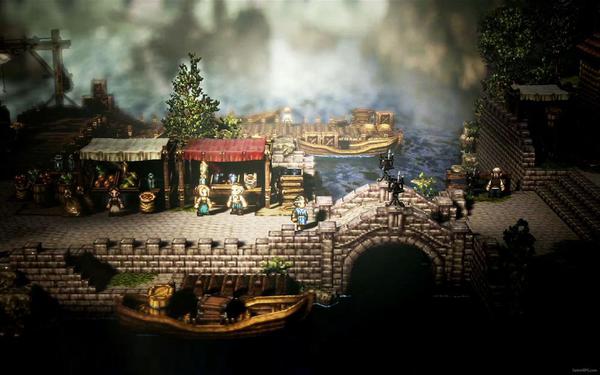 This is a familiar tale, one that has been core to Nintendo’s idiosyncrasies as a company for ages now. In the video game industry, there are few trends more iconic than Nintendo and its stock issues. The Amiibo. The Classic NES and the mini SNES. The Nintendo Wii and the Nintendo Switch. And now, the newly released Octopath Traveler, the latest classic JRPG adventure from Square Enix. 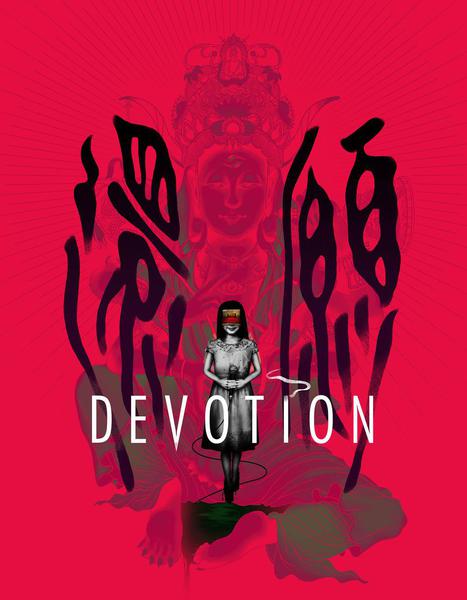 The developers of the Taiwanese psychological horror game, Detention, are back with another title of the same genre. Red Candle’s previous game, Detention, was a surprise hit when it released, with many praising its fantastic atmosphere and realistic depictions of the historical context during that time period. The studio’s second game once again goes back to its roots in Taiwan, but this time set in the 1980s. 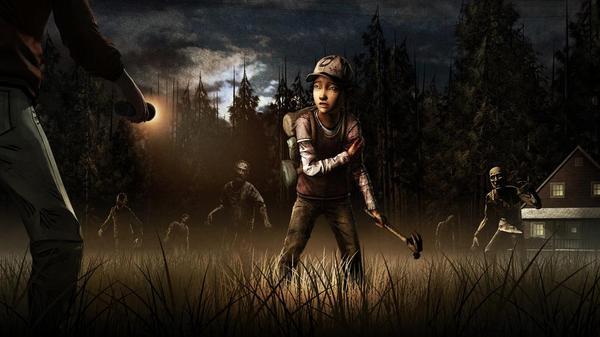 Despite Telltale Games' Troubling Past, the Future for the Studio Now Has New Potential

Things may be looking up for the troubled studio. With all the recent negativity surrounding the corporate side of the company, it is encouraging to see progress on the creative front. Variety has noted that the final season of The Walking Dead will be the last time the Telltale Tool engine is used. Fans have long been waiting on this transition, as many have complained about the clunky physics and dated animation consistent with all of the studio’s titles.

Analytical thoughts on animation of all kinds 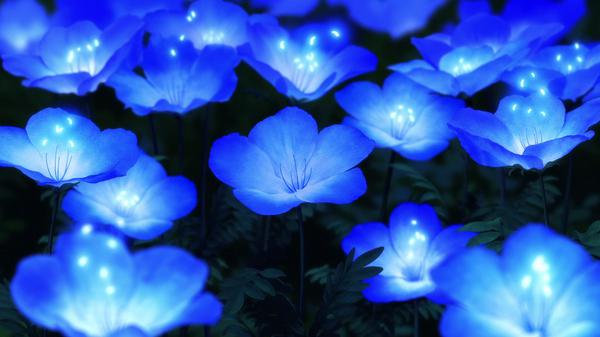 In her directorial debut, acclaimed screenplay writer Mari Okada transitions from her esteemed role as a composer to a conductor of her own cinematic symphony.

Research, film analyses, and anything from my academic days

Through elimination of intertitles, Man with a Movie Camera creates a near universal language to spread a comment on film’s position in a communist society, but the same lack of intertitles fails to recognize the importance of context and alienates any who are not fluent in film language.
18th August 2018

Bound by parameters, Playtime delivers the very essence of game to those who wish to define it, a feat that drives its viewers to confusion yet at the same time makes it abundantly clear that the spontaneous interactions of an anarchical gathering guarantee the destruction of the flawed modern world.
18th August 2018

Molecular and Genetic Approaches to the Conservation Efforts of Thunnus Group

With appropriate backing by genetic data, molecular and experimental approaches to active sustainable farming become possible. We have begun to move towards adapting large predatory, marine fish to our familiar farming system, hopefully with more tact in regards to environmental impact and efficiency.
Close ✕